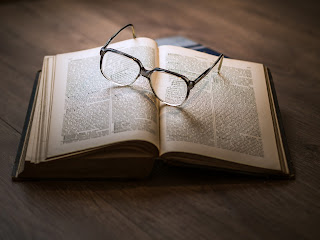 The Harry Potter series has been around for awhile now and has cemented itself into the fantasy genre. Though some may not take the series at the same level as a Lord of the Rings or a Wheel of Time, it deserves its own place at the table of fantasy book series. Today we are going to be looking at the first installment to the series Harry Potter and the Sorcerer's Stone and let you know what really makes this book magical.

Introduction to Harry Potter and the Sorcerer’s Stone

This book’s first edition was released in October of 1998 and was written by J.K. Rowling. The book is 309 pages long not including any table of contents. The pages are spread by 17 chapters. My copy has the illustrations at the top of each chapter, I am not sure if this is something that has changed in the many editions that have been released since.
The book starts off introducing the wizarding world from the vantage point of the Dursley’s who we later find out are the Aunt and Uncle of Harry Potter, a boy who’s parents were murdered while he managed to survive. The attack on Harry’s parents left a signature lightning bolt scar on his forehead.
This was a fantastic way to introduce a new different world to an audience and is done in a very creative way. I must applaud J. K. Rowling for setting up the story in this way as even though this book is fast paced, it steeps the reader into the world from a perspective that would likely be more like our own.
The story then takes a time leap to when Harry has grown up and gets a letter of acceptance into the magical school called Hogwarts. The Dursley’s are very against this and do whatever they can to keep Harry a normal boy in their eyes. They fail in this after taking drastic measures to stop the letters from being sent in larger and larger quantities. So the rest of the book is Harry Potter’s introduction to the the magical world that is unknown to us “Muggles” (the name given to non magical people).

Strengths of The Sorcerer’s Stone

This book has a lot going for it that will be reiterated as we continue on through the story. The descriptions are very vivid of locations and items as well as character motives. This leads to a pretty laid back and easy read. Understandably these books are children books, anyone of any age can enjoy these books though and really appreciate everything else they have to offer for a relatively small time commitment based on this books size.
The school year structure of this book and the subsequent books makes for a really easy method to control pace for the story. The ending ties in many story notes from earlier on in the book such as learning magical spells that come in handy at the end of the book, playing a game of chess. Paying attention in potions class. Even getting onto the schools Quidditch team (Which can be best defined to me as football on brooms.) plays a role in the end. Though it may seem silly how many points in the story are later used at the end to accomplish the overarching story, it satisfies me knowing that next to every chapter has meaningful content to the end goal in some way or another.

Character introductions are very well done. It takes very little for each character to be painted into the mind of the reader as well as share the base level motives and beliefs of each. Though later books handle these ideas in a more deep and complex manner, the method that is done in this book tends to match the age of the characters in the book which is around 11. The way J K Rowling rights this allows for easy understanding and the same level for children around the age of these characters as they can relate to what is happening in the book easily.
Ron Weasly’s introductions feel like a introduction of kids becoming friends on their first day of school, and that is exactly what it is. Most people can relate to an introduction like that cause we have all experienced it in a way ourselves.
Hermione’s introduction is well handled also. Though not the same experience as Ron, we are treated to her joining the group later on in the story. I feel that this was a good idea as to not overload the reader with new characters right away. This allows for the descriptions of Hogwarts to fill in that space and establish the world better instead of create a bogged down character spaghetti.

Weaknesses of The Sorcerer’s Stone

Reading the book as an adult can make the resolution of these books seem childish and that is something that will continue on through most of the series as the characters are literal children. For this book specifically it would make one wonder why grown adults that have been through school themselves would not be able to accomplish simple puzzles that the trio Harry, Ron, and Hermione could do.
The book ends rather abruptly. The last chapter contains the end of the story as well as the final confrontation. This seemed rather jarring to me. I feel that it could have been handled with whole additional chapter that expands slightly on Harry’s return to the muggle world and show that he has learned that not all is the same as when he left. That he as a character has definitively grown apart from the wishes of his Aunt and Uncle and has a hunger to return back to the wizarding world.

Plot of The Sorcerer’s Stone

The plot of the book once the book has made it to the wizarding world and Hogwarts is very school oriented as well as getting Harry Potter situated in the wizarding world. When Harry finds that Hagrid, the groundskeeper of Hogwarts has helped the headmaster named Albus Dumbledore hide a mysterious item, he and his friends jump into action figure out what the item is and protect it. Along the way they get into trouble a few times leading them to go into several restricted sections of the castle that only increases their curiosity.
Throughout the book Harry also learns a lot about who he is and about his parents since they went to the same school of Hogwarts as himself. He also needs to come to terms with being a celebrity in the wizarding world that he has only just now discovered.

In the end, this book is an example of a series that can be enjoyable for children and adults. It’s a perfect book to grab and start reading to your kids, but also is a strong escapism book. It’s incredibly easy to get enveloped in the story and the characters. Everything is so well crafted and put together. Descriptions are rich and characters are well thought out and developed, especially for just the first book in a series of books.